As an assignment, I created a network ID bumper for VICELAND. Being that 2020 just began, I wanted to create something that addresses the unique time that we are living in. The US presidential election is the theme for this bumper, serving as a special-event type bumper for VICE. I address themes of turbulent political climates, rising anxieties, the spectrum of political beliefs, recent events, conspiracy theories, and more. While it's mainly about updating viewers on relevant news, it also is about evoking each person's personal relationship with recent political events.
PROCESS
I took a very tactile approach to this project. My main assets were collaged images that I printed, ripped by hand, and scanned digitally. I sometimes played with scanning results by distorting the image during the process. I also created stop-motion footage for the logo reveal at the end of the bumper. I found that the imperfection in the ripped edges reflected the imperfection in American society.
In terms of design, I used Helvetica Neue Bold, VICELAND's branding's typeface. I used mainly black and white assets to follow their high-contrast black and white branding, but I also included gradients of red to blue to symbolize the spectrum between the two parties, Democrats and Republicans, that dominate our political system. 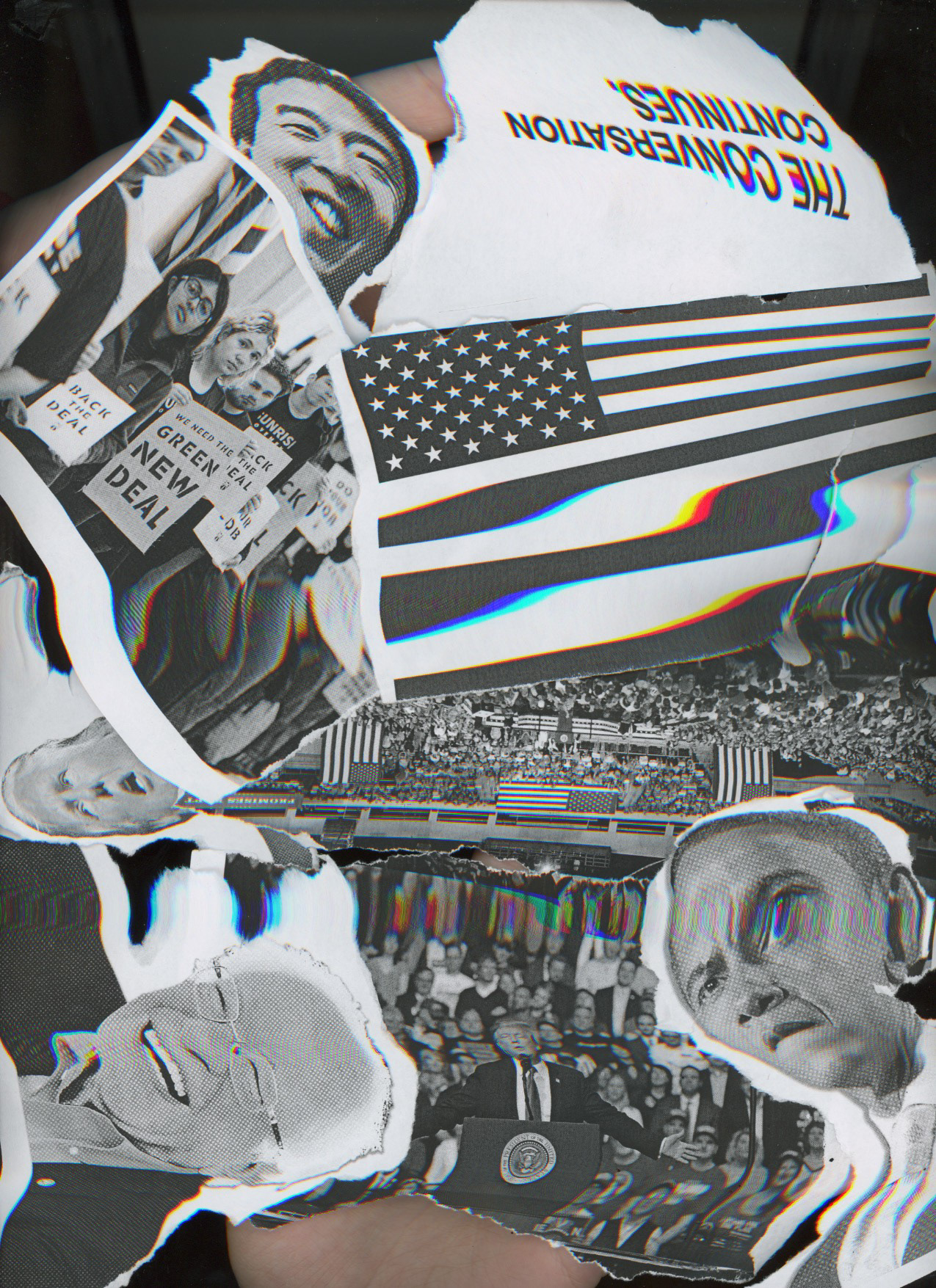 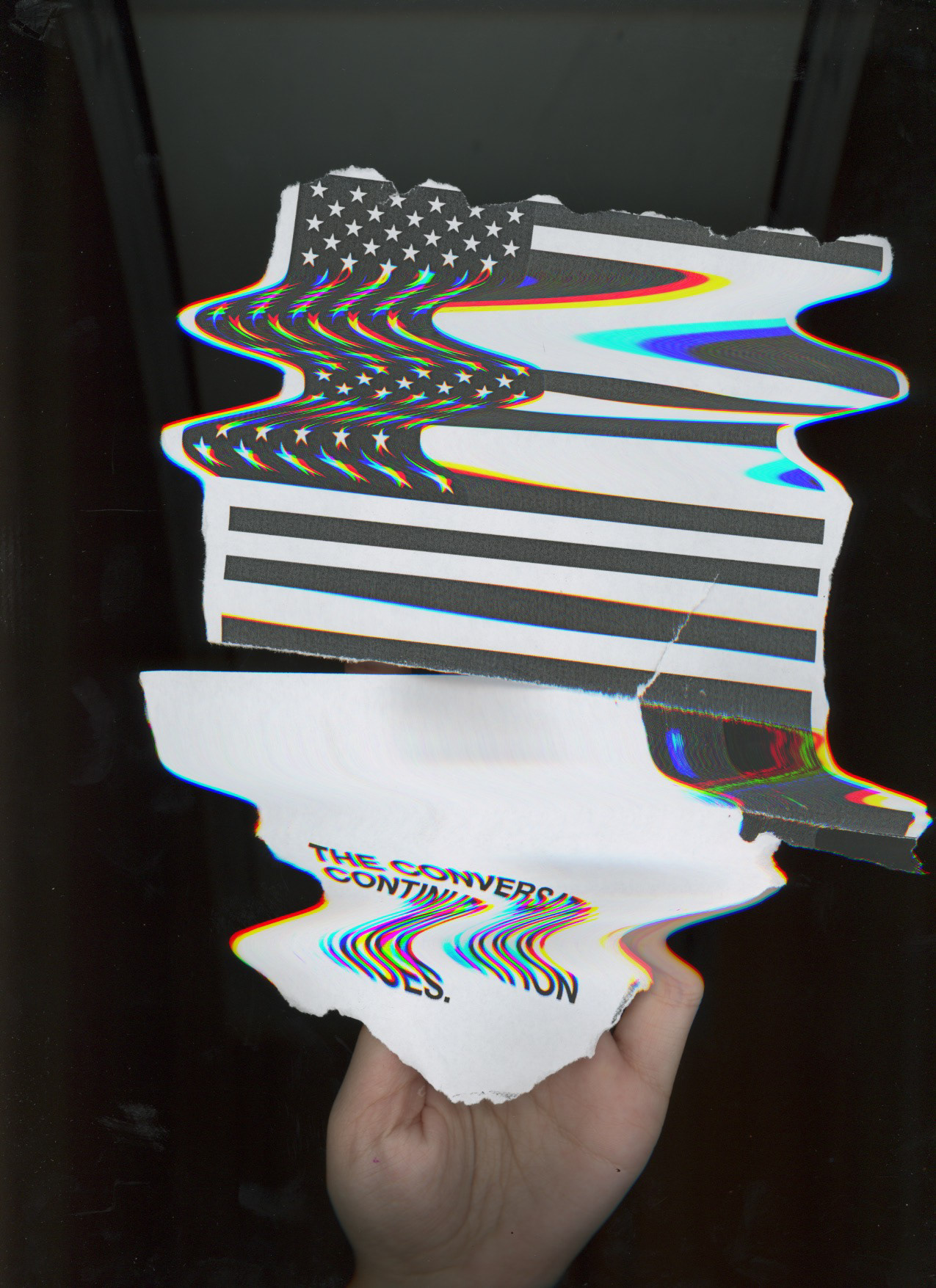 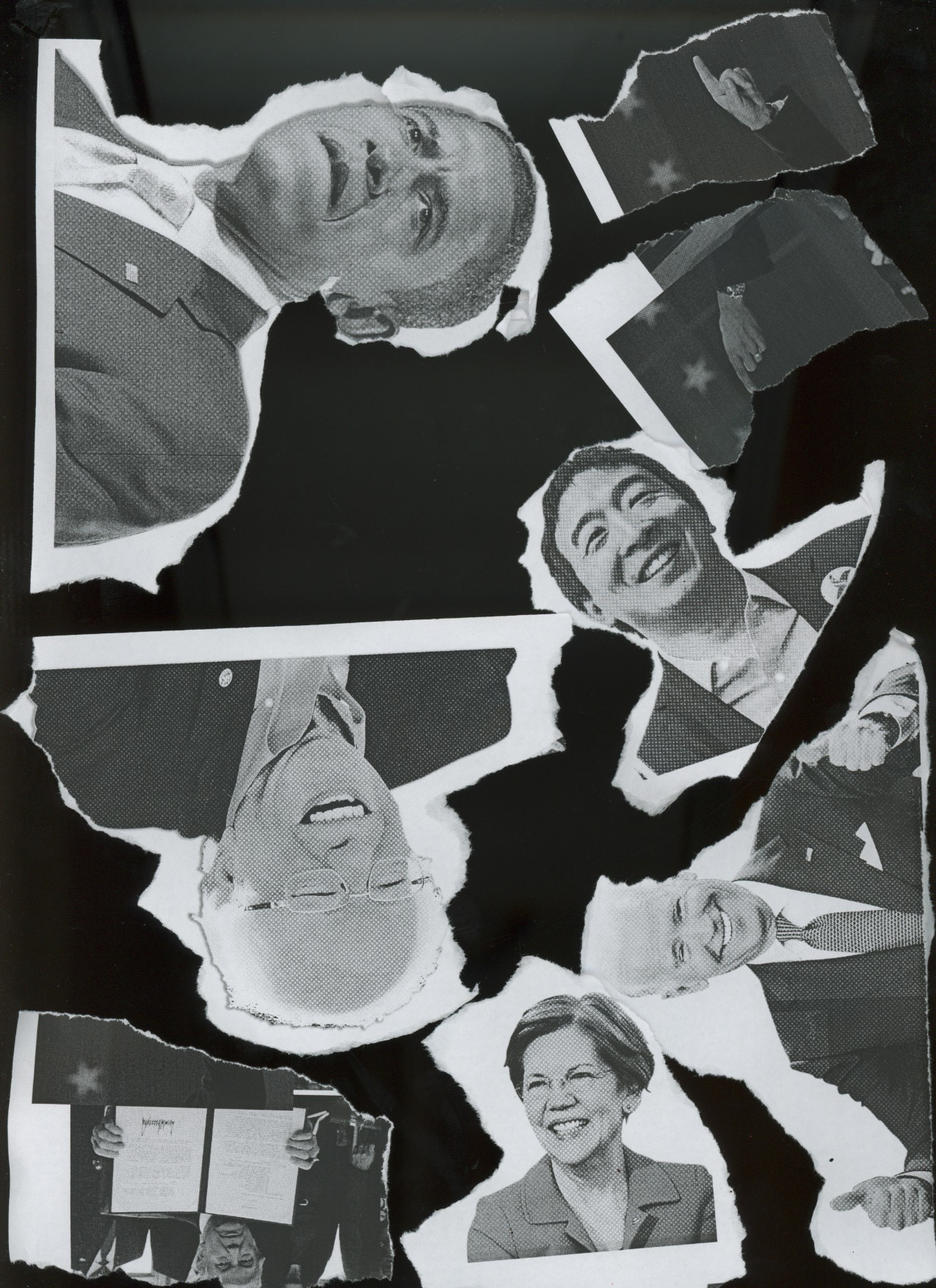 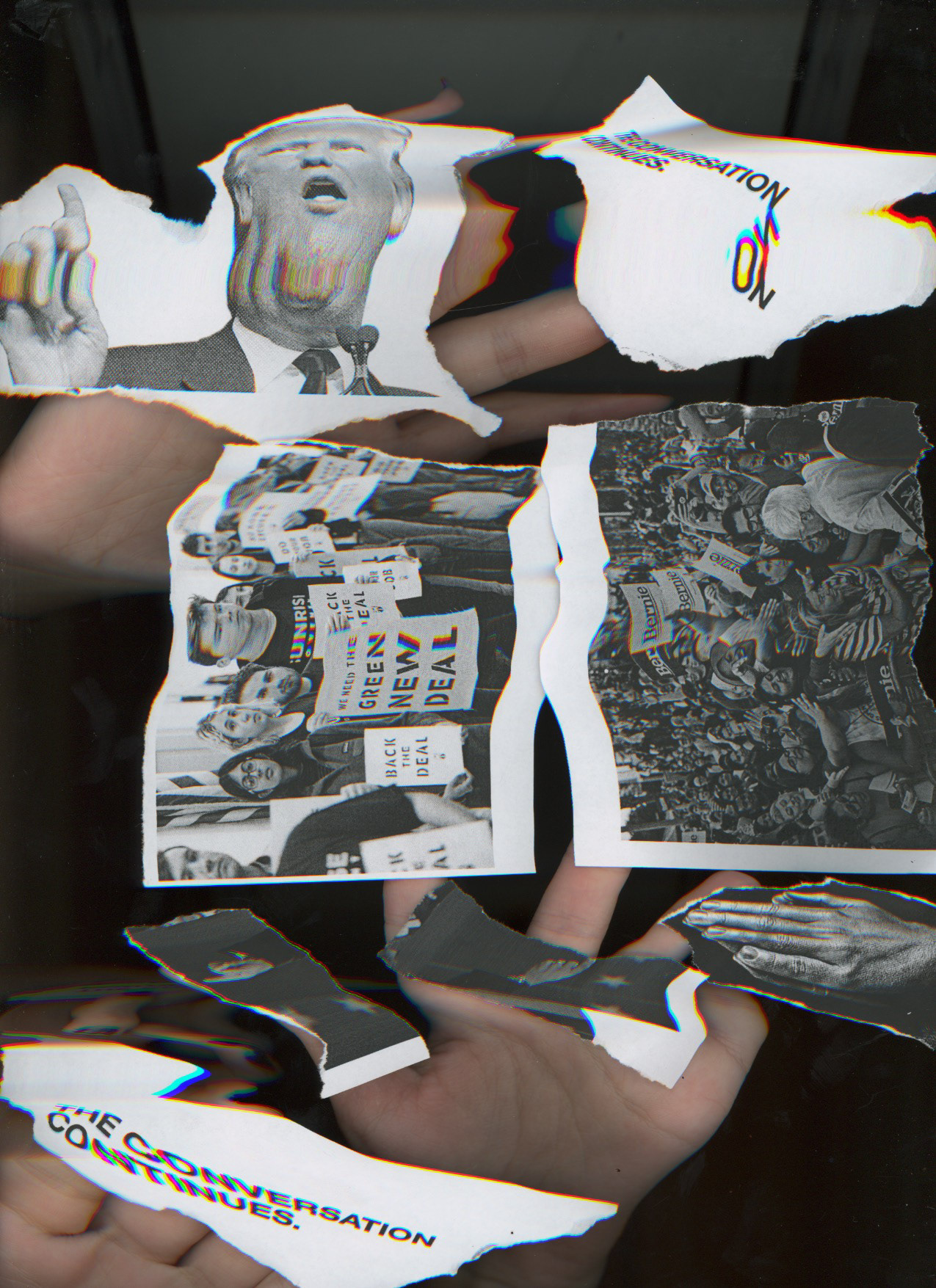